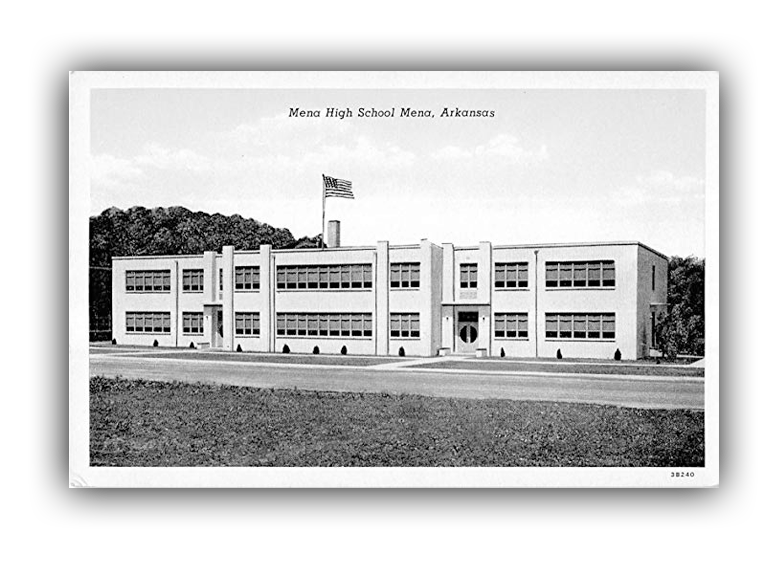 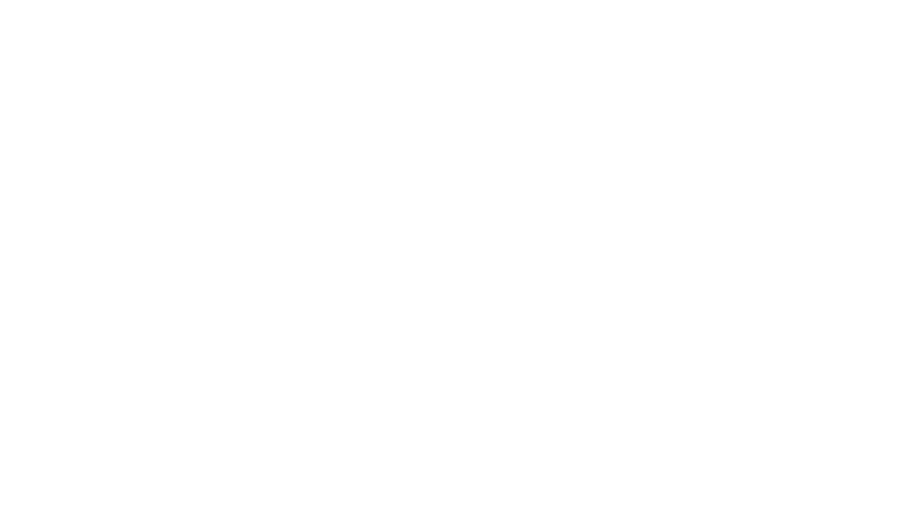 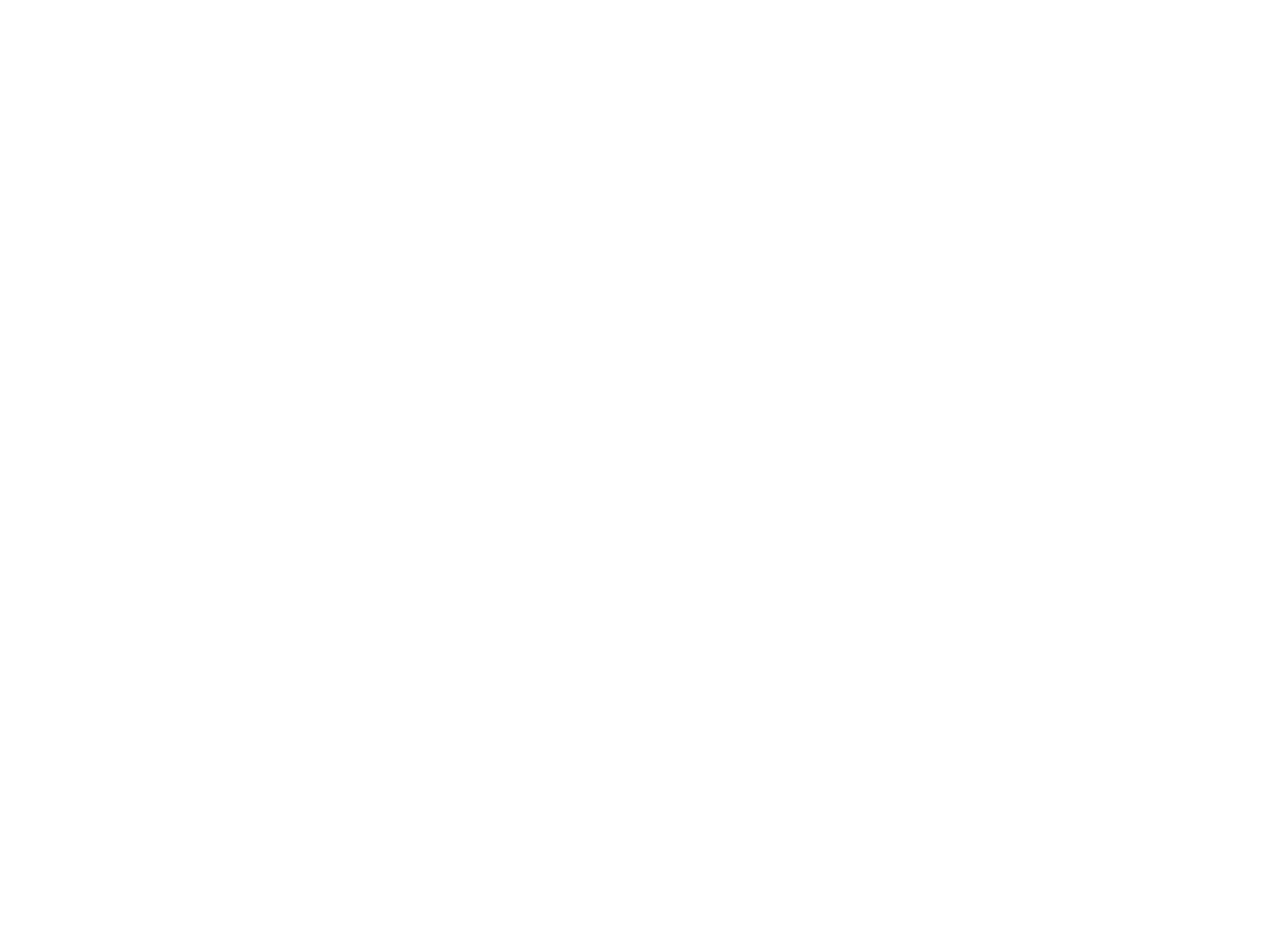 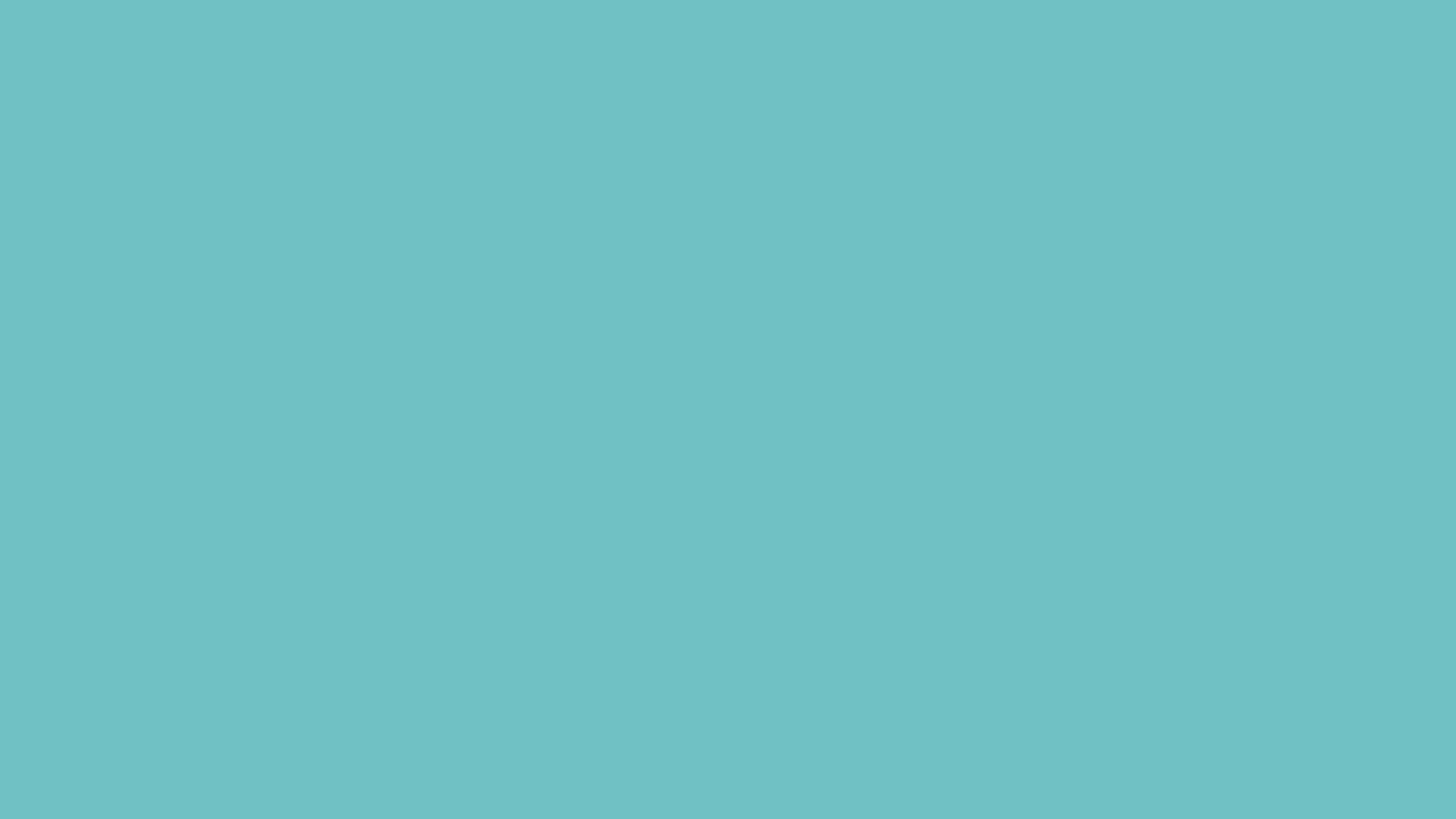 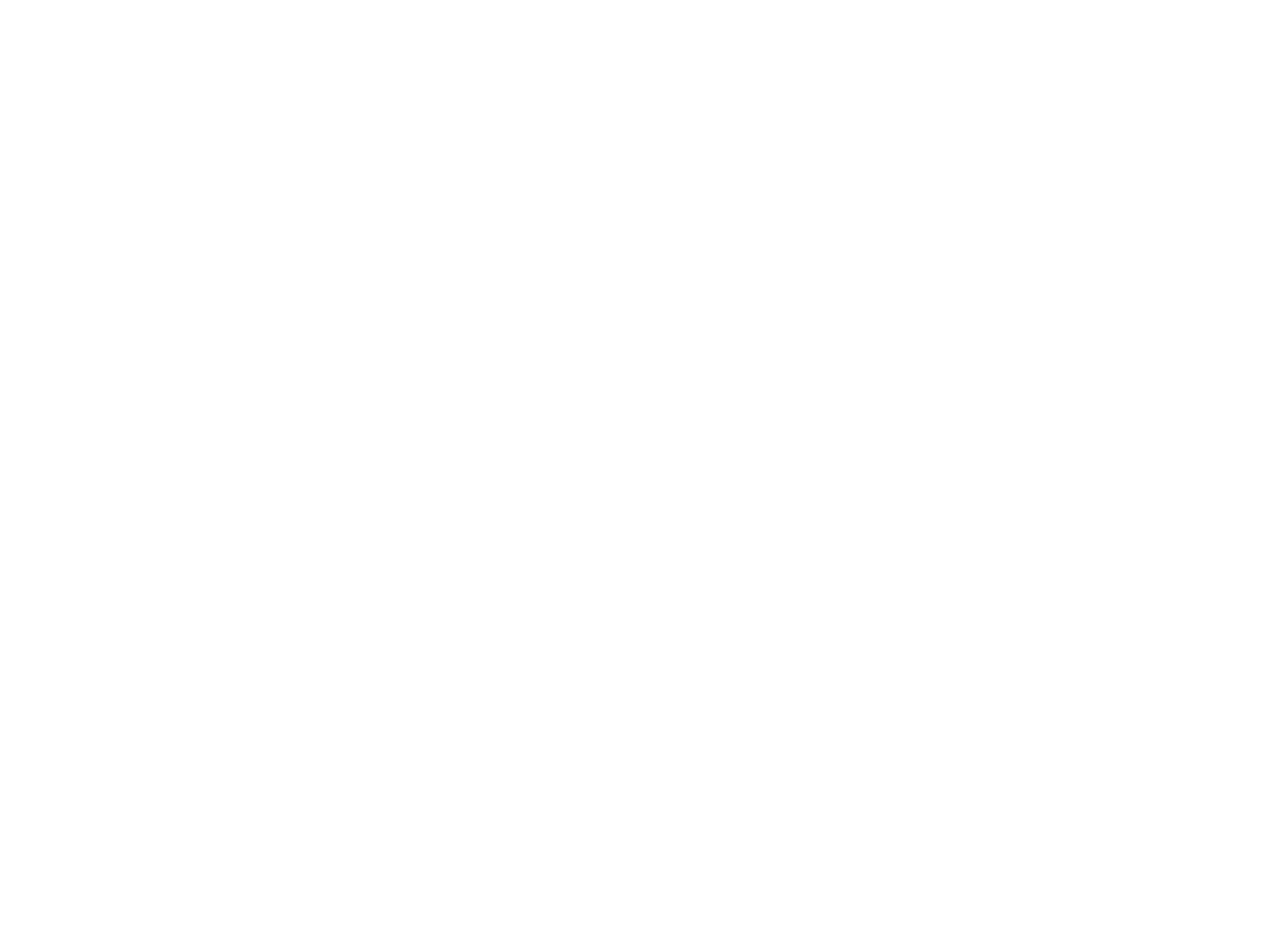 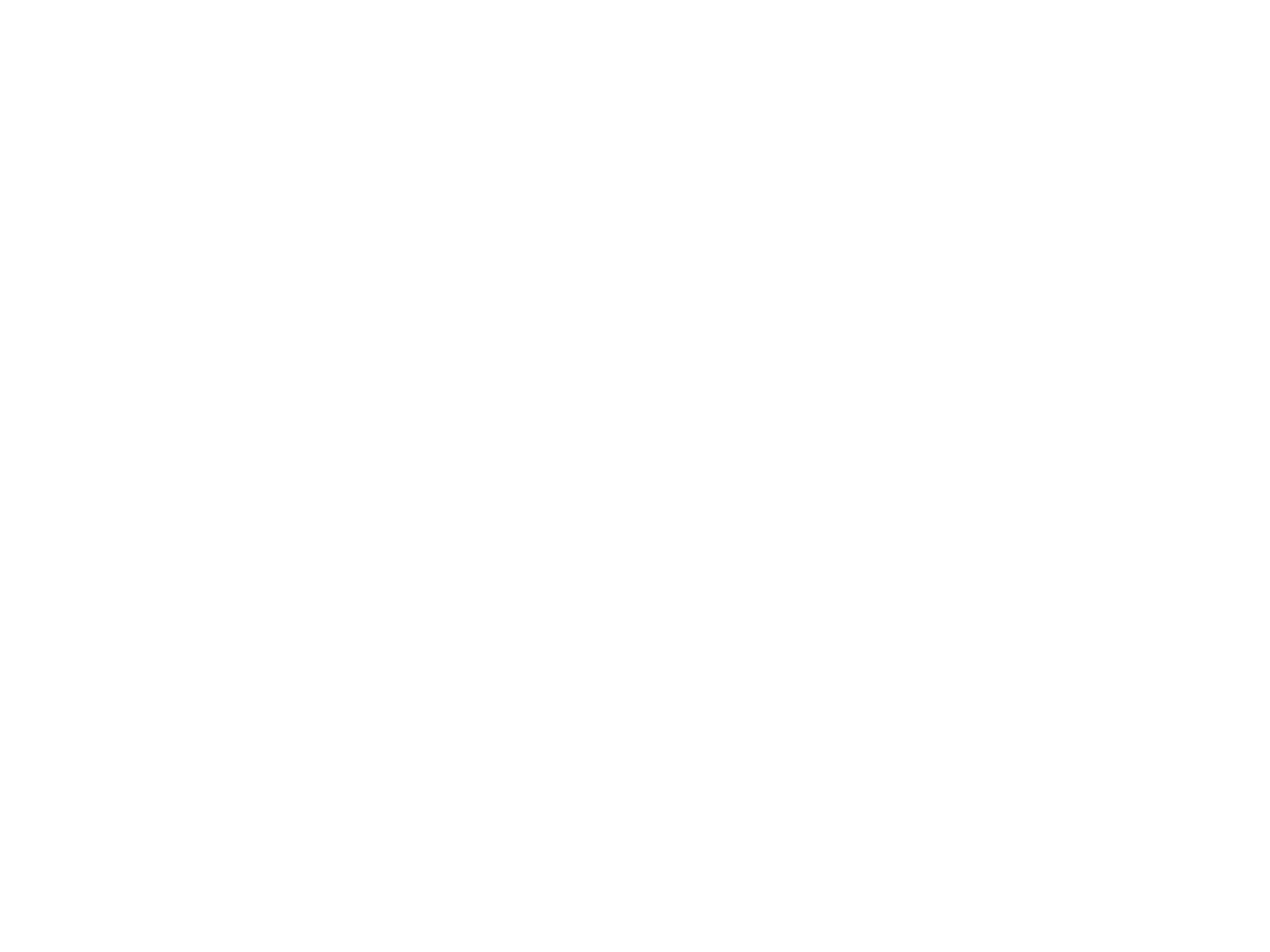 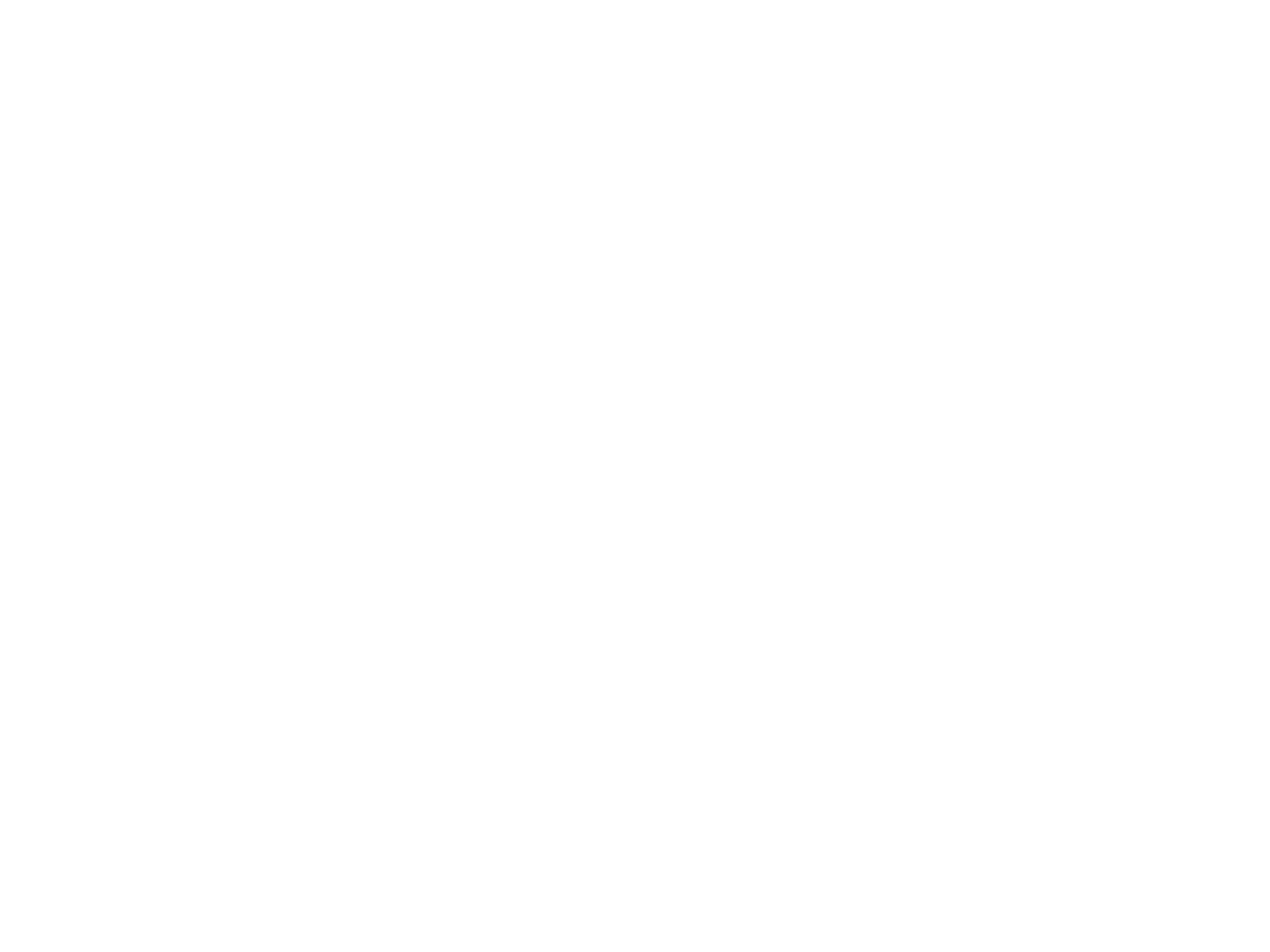 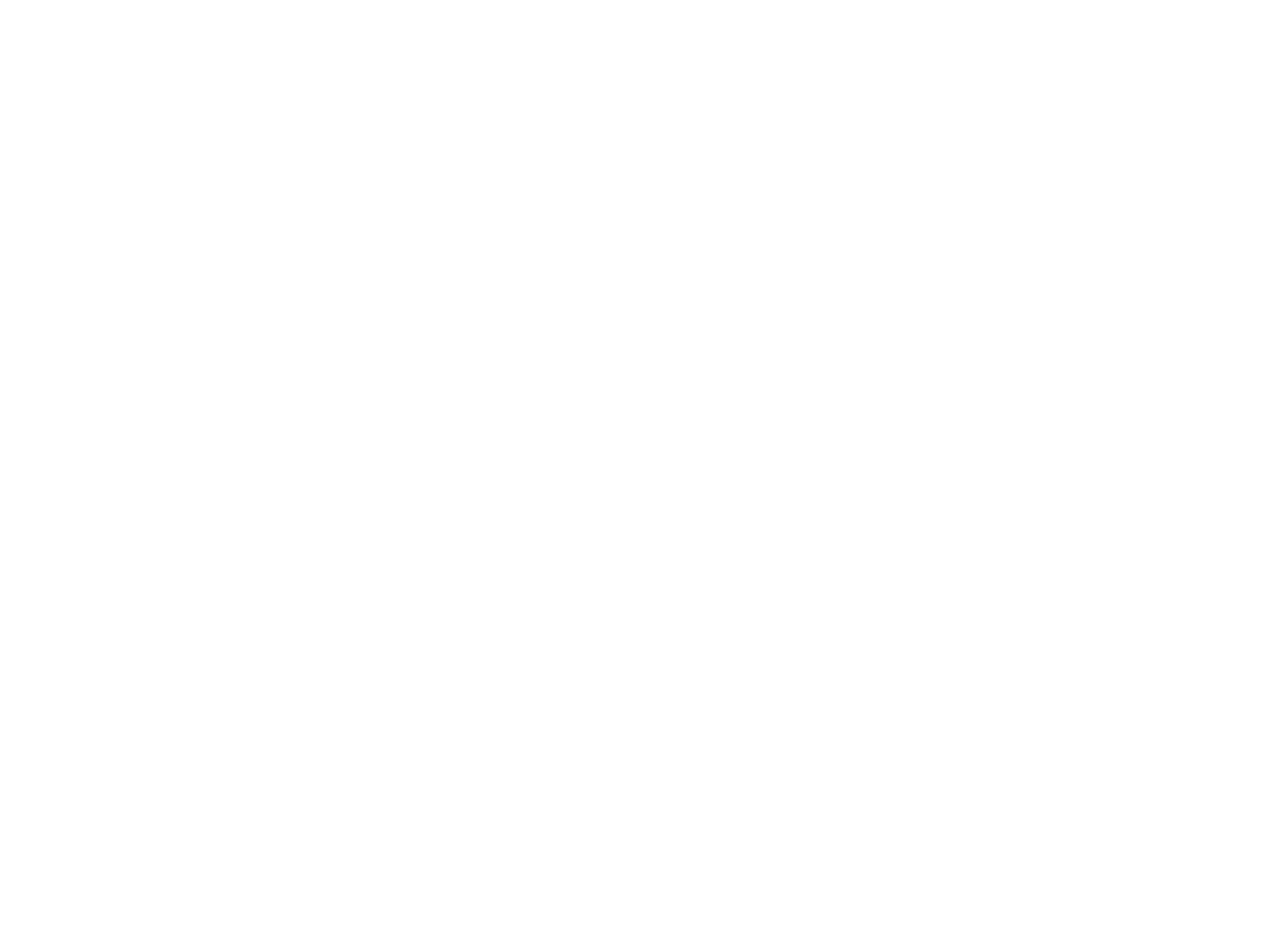 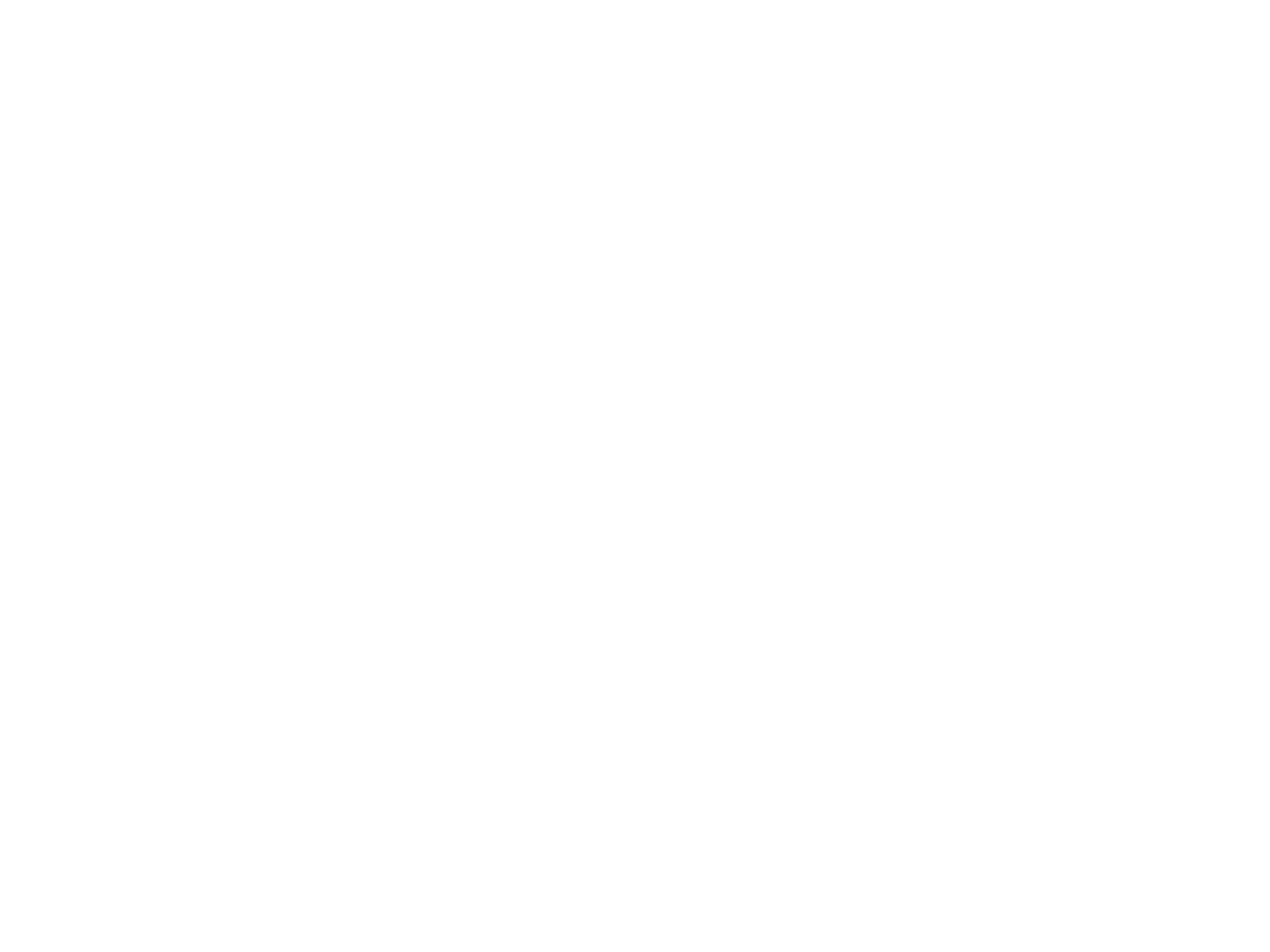 Mena (population: 5,534) has a rich history as the county seat of Polk County. Like many other rural communities, Mena once enjoyed a bustling and vibrant downtown, but in recent years has seen its population decrease, as graduating classes move onto the more urban areas in neighboring Arkansas and Oklahoma, leaving vacant buildings behind. One of the larger buildings sits on the main street, Mena Street, but is not a storefront.

The former Mena High School is approximately 60,000 square feet and has sat largely vacant for many years. In 2009, a tornado swept through downtown Mena, destroying a large swath of property, including the high school. Rather than rebuild, the community decided to build a new, modern high school outside of downtown, leaving this building empty. After a few years, local businessman Walter Deetz purchased the building with hopes of turning it into a new jail, as the current jail site at the county building was overflowing. However, community input and discussions determined that something else should populate this great building sitting in the center of downtown, preferably something that could become a catalytic project for Mena. This is where we began our work.

The reimagining of this property involved aligning all the public, non-profit, and private sectors who deal directly with tourism and economic development of the region with the need to grow, attract, and retain talent. The original visioning sessions for the building included everything from residential units to a brewery, retail operations, makers space, commercial kitchen, artist studios, co-work space and classrooms. We needed a developer/consultant to take this to the next level and brought in Greg Nabholz with Nabholz Properties Inc. to assist in developing a conceptual plan and preparing a financial analysis for an investor or investor group to acquire and redevelopment the property. A key part of this analysis is to determine the possible uses for the various portions of the building and what would be the source of the income for these various locations be to generate an adequate return to a potential investor. In addition, an analysis on the sustainability and financial viability of the entities that would be occupying the various locations in the building would need to be addressed on some level. This analysis will focus on how the property can be used on the most flexible basis and to accommodate different types of use that might even occupy the same space but at different times.

With the assistance of Rick Chrisman, the primary local point person for this project and a local restaurant owner, board member of the Mena Downtown Partners and a commissioner of the Mena Advertising & Promotion Committee; Bryan Hebert with MSBI Construction; and Amanda Threlkeld, the director of the EAST program at Mena High School, and her students. Market data, cost estimates, and plans were developed that incorporate the possible uses of the building and land.

There are 4 primary parts of the building: 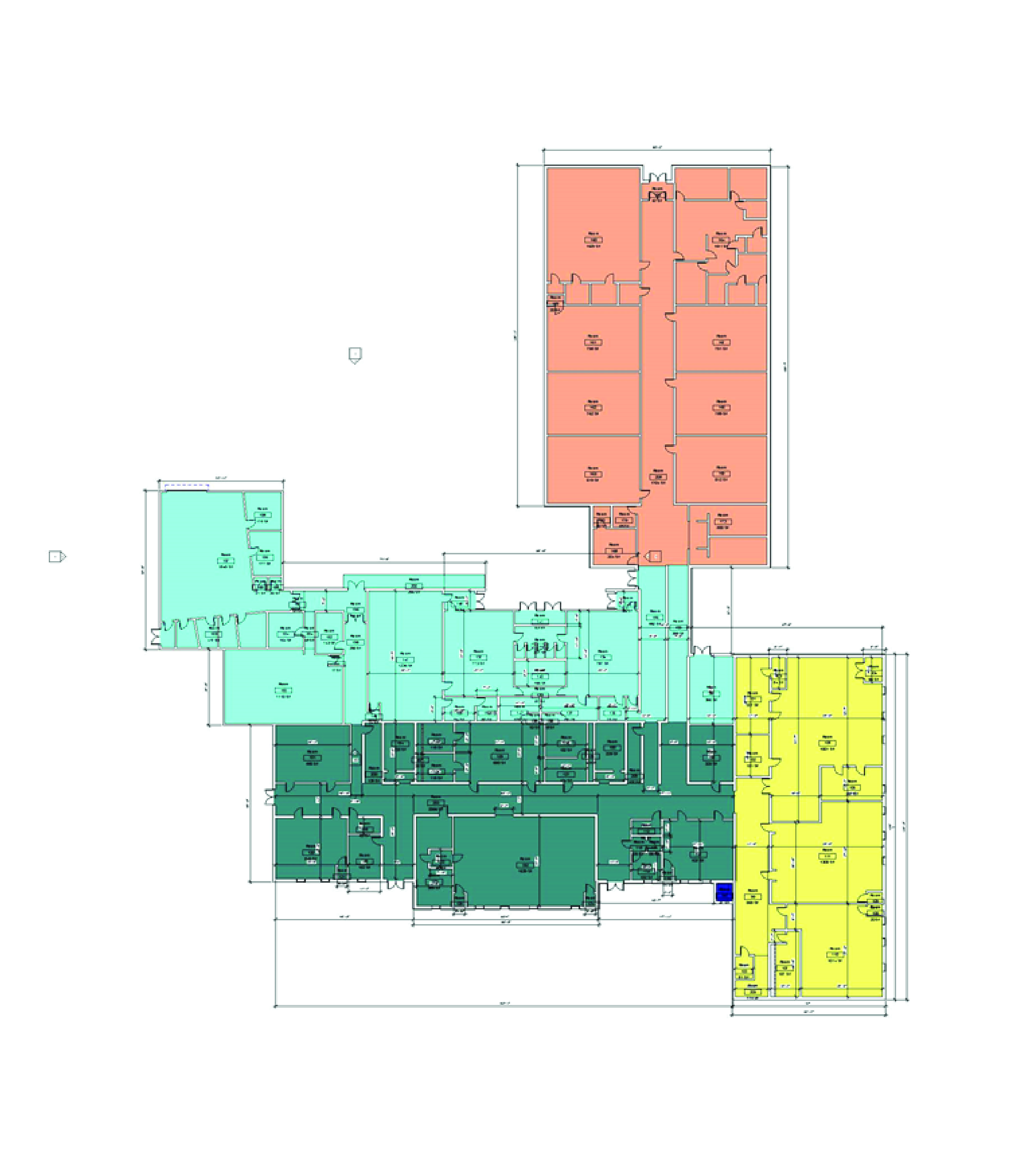 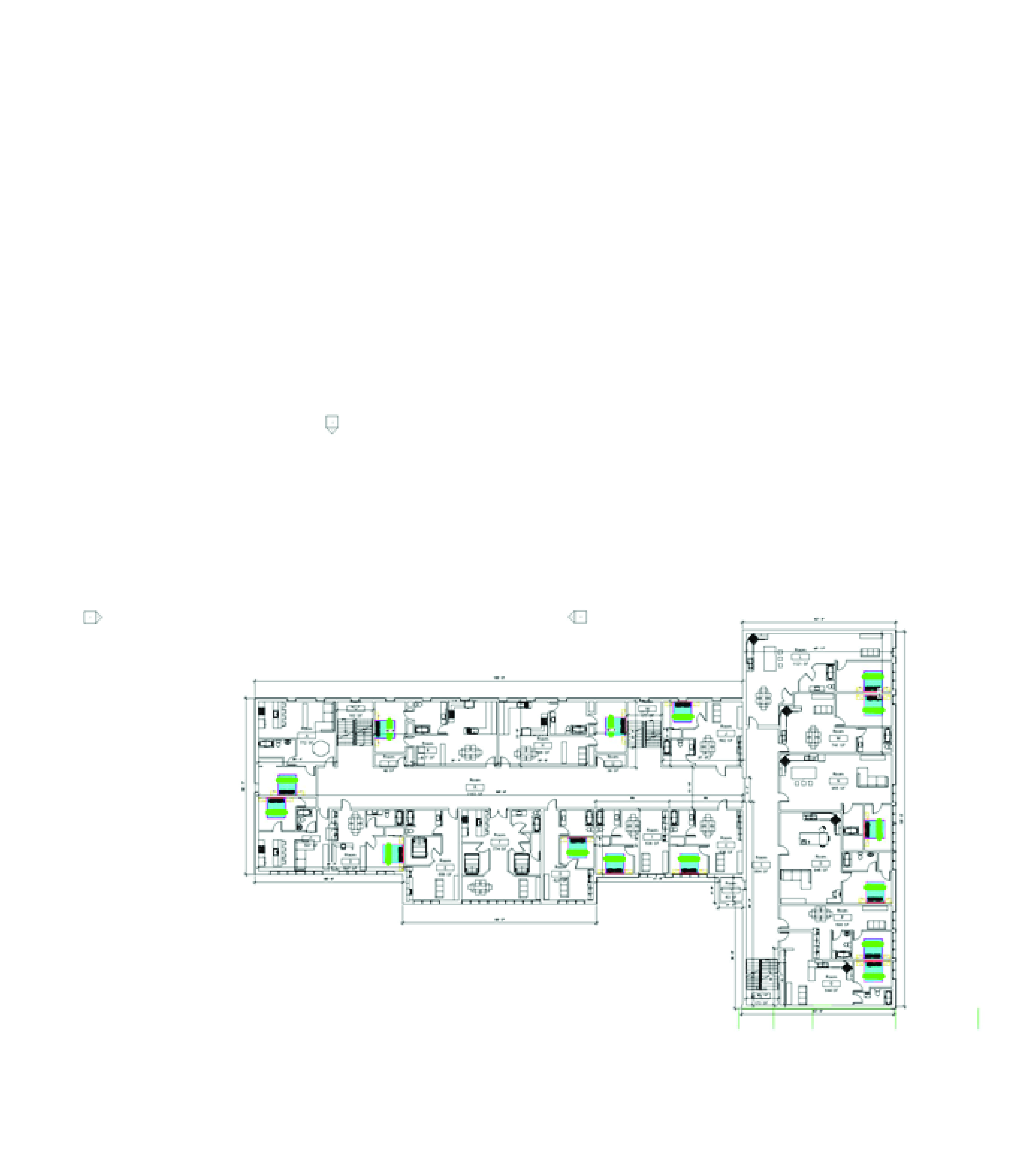 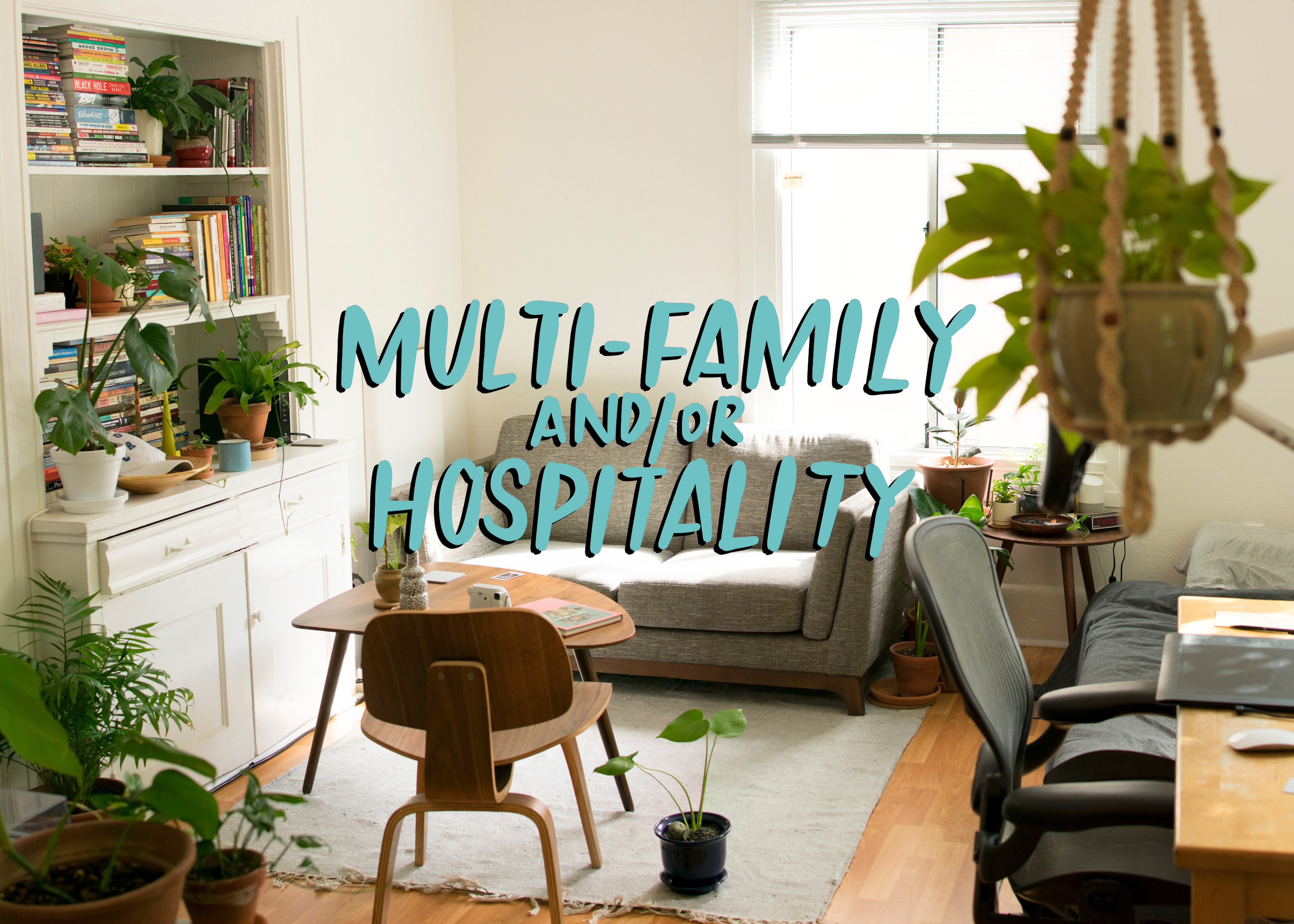 Around 17 Units to be located on the second level of the Historic Original and South sections of the building. Some or all these units could be leased, offered for purchase as condo units, or as vacation rentals. 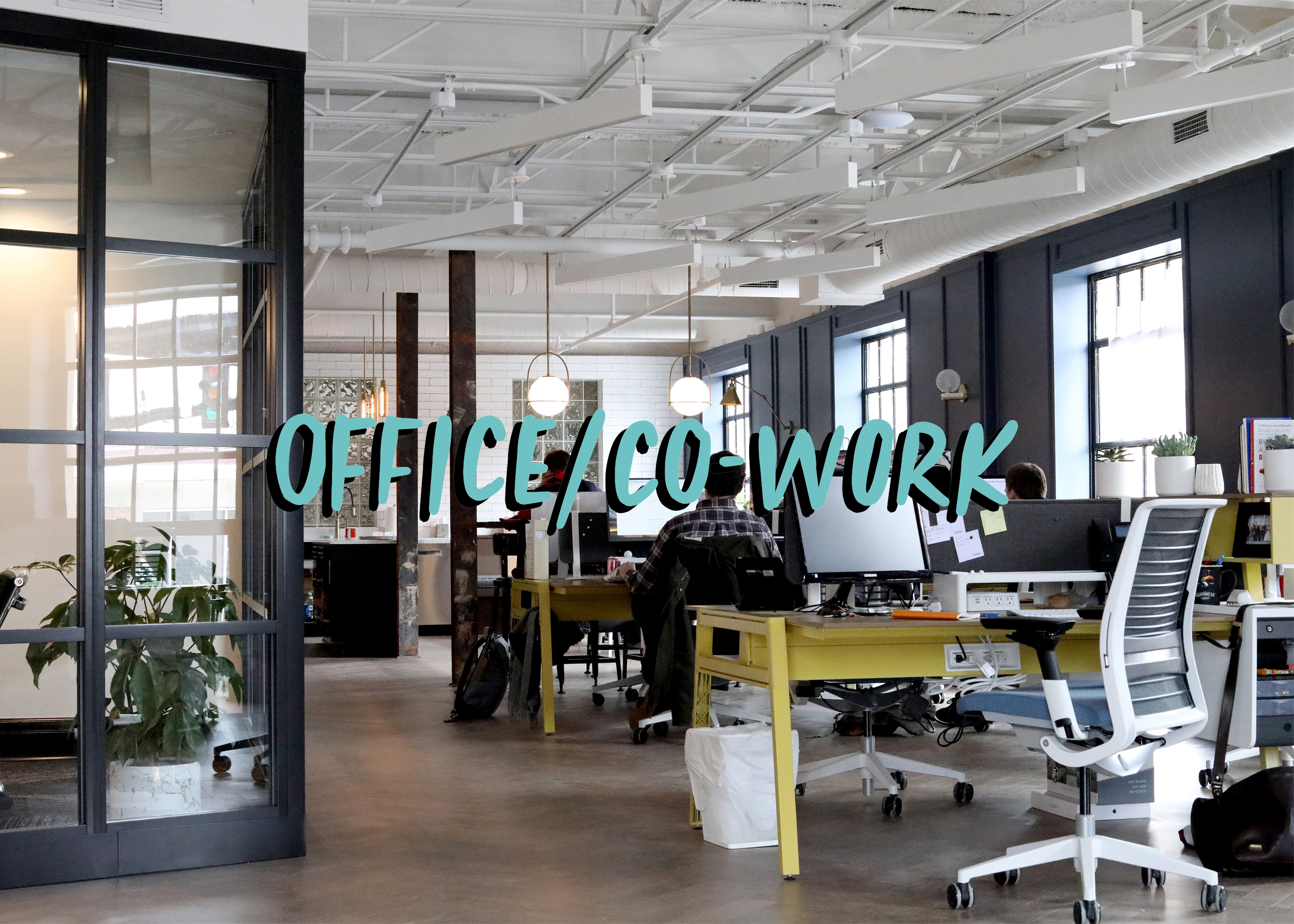 Located on the ground level of the Historic Original section. This space will include open office, shared conference, break-out rooms, and some individual office space. Office space for the Mena Chamber of Commerce, Mena Convention Visitors Bureau, and the Downtown Mena Partners would locate their office in this space. 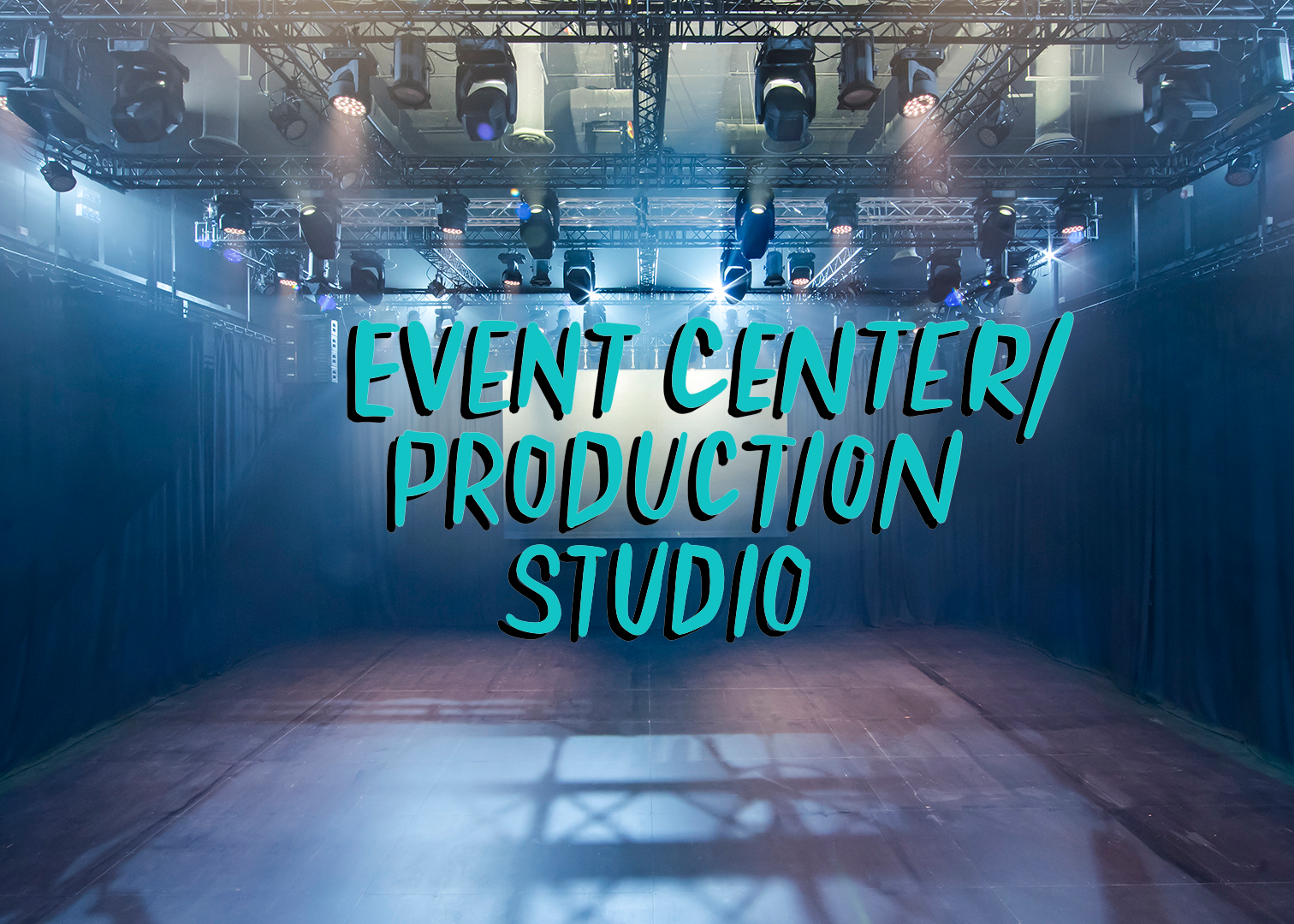 Located in the Northeast expansion part of the building, this space would include flexible arrangement and can be sectioned off for dual functions. It could also be used for a small performance space and theater. This space could also be utilized for film and music production purposes. A radio and/or TV station could also use this space. 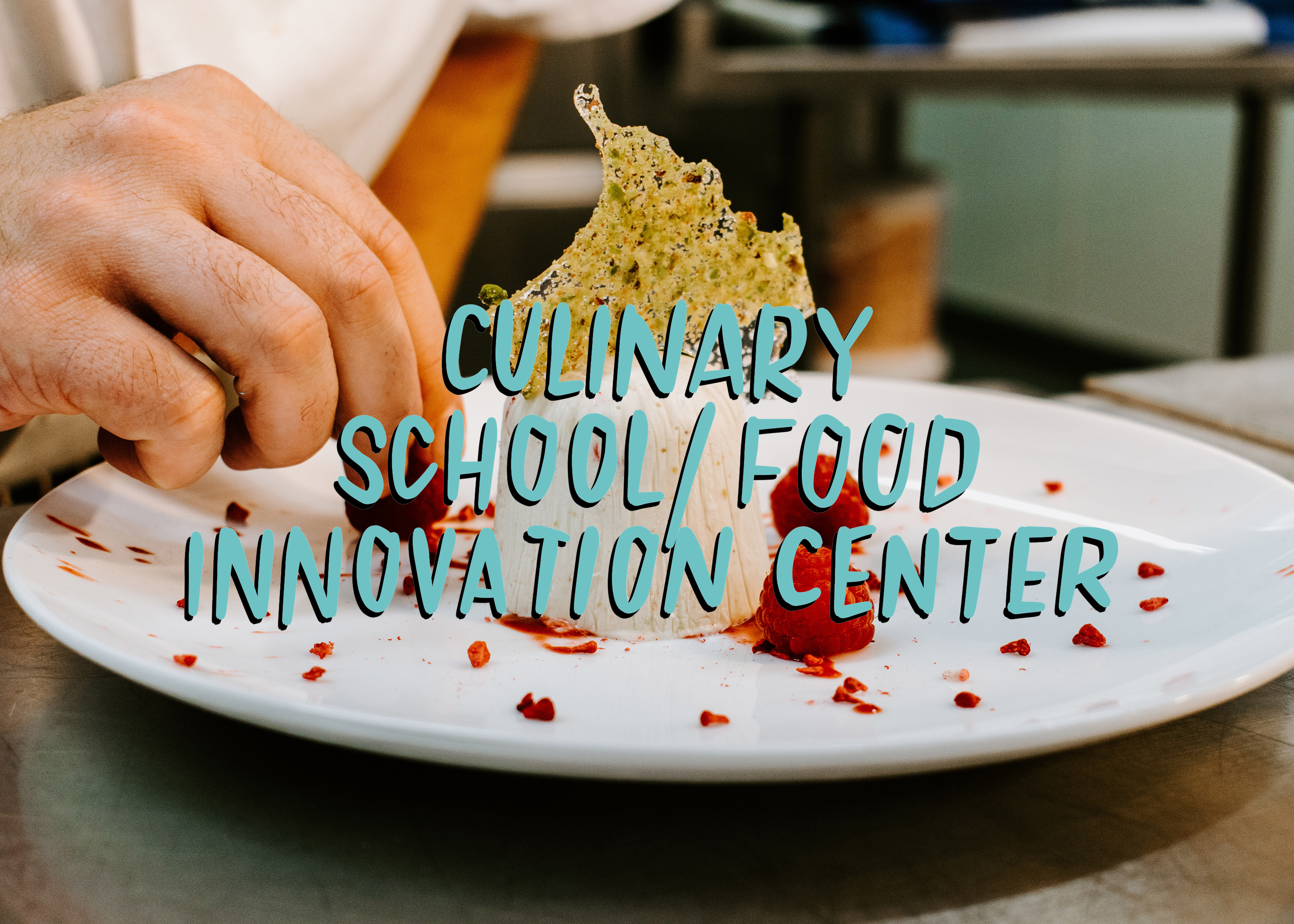 Located in the Northeast expansion part of the building and the north end of the historic original part of the building adjacent to the Event Center, this facility would house a culinary school and hospitality training programs. It would include a catering and commercial kitchen, and a space for a pop-up restaurant. The catering kitchen immediately adjacent to the Event Center would also have an expanded commercial kitchen that would be rented out to various food product businesses as well as being used by the culinary school. A coffee shop that offers sandwiches, pastries, could also be a component which would also be an amenity to the Office / Co-Work portion of the building. A community garden and greenhouse can be built to the north of the facility as another component of the Food Innovation Center. 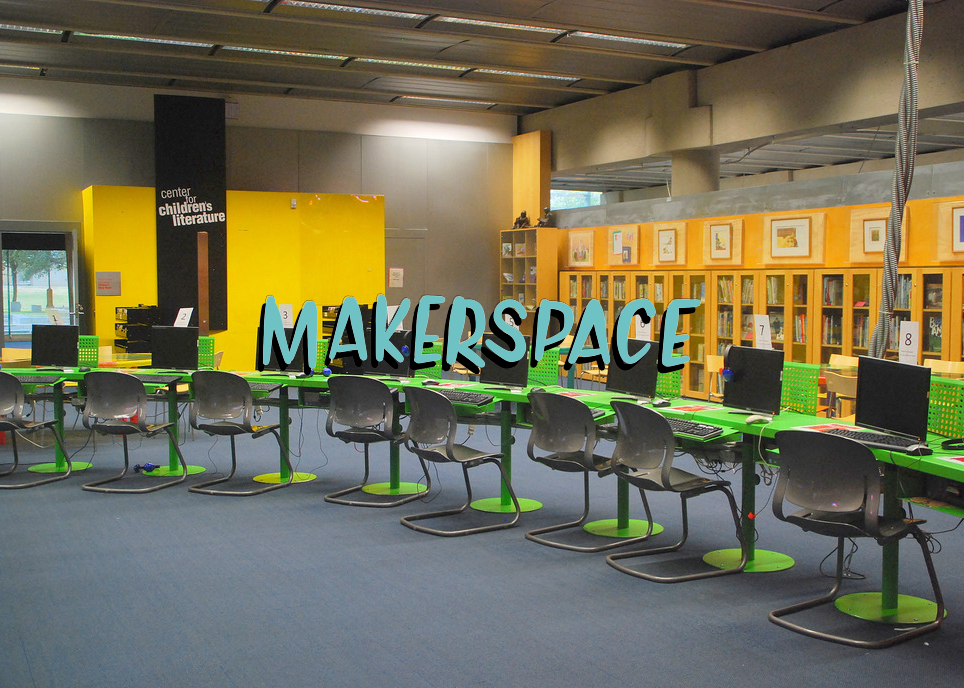 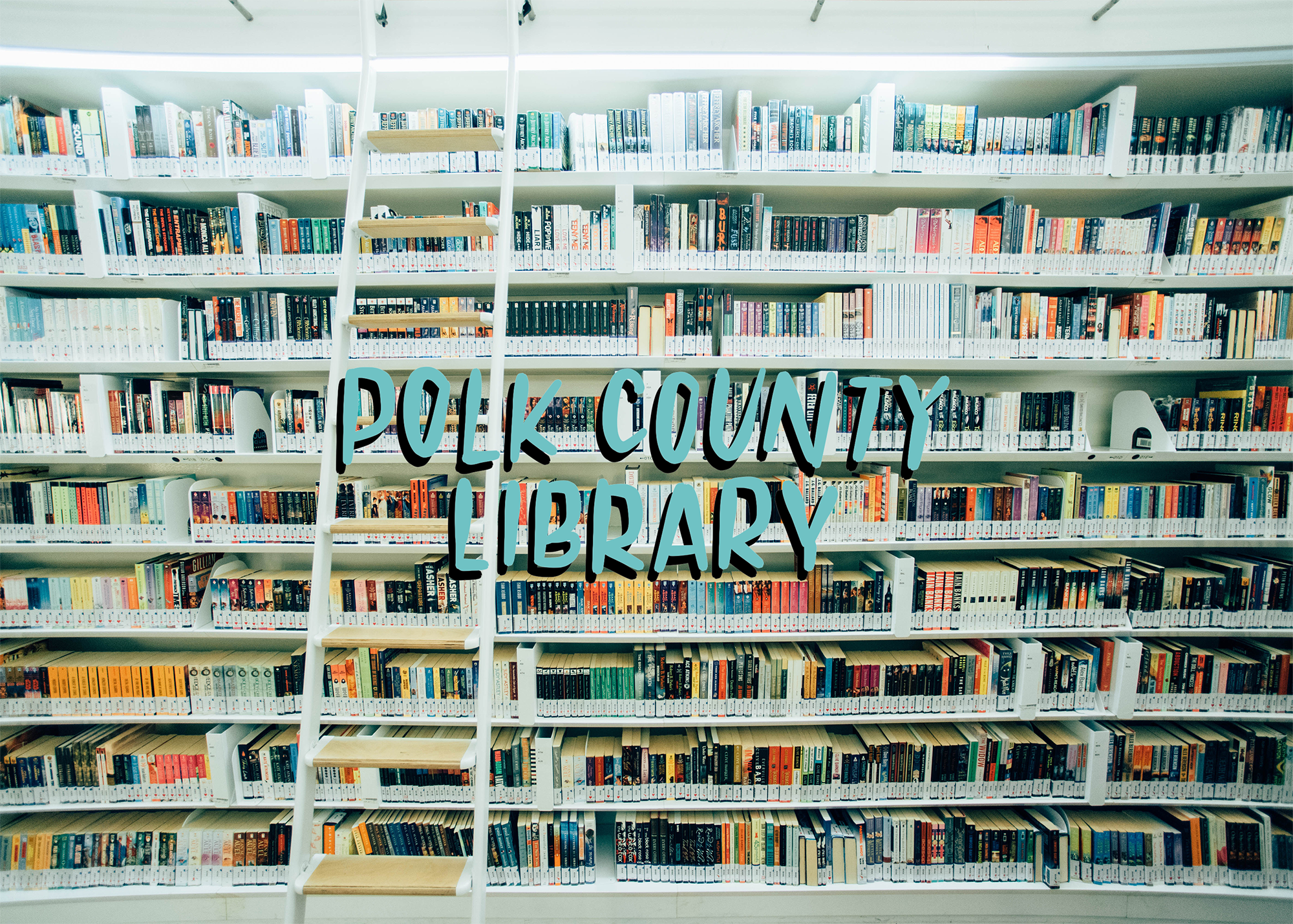 Either a branch or relocation of library to South Section of building. 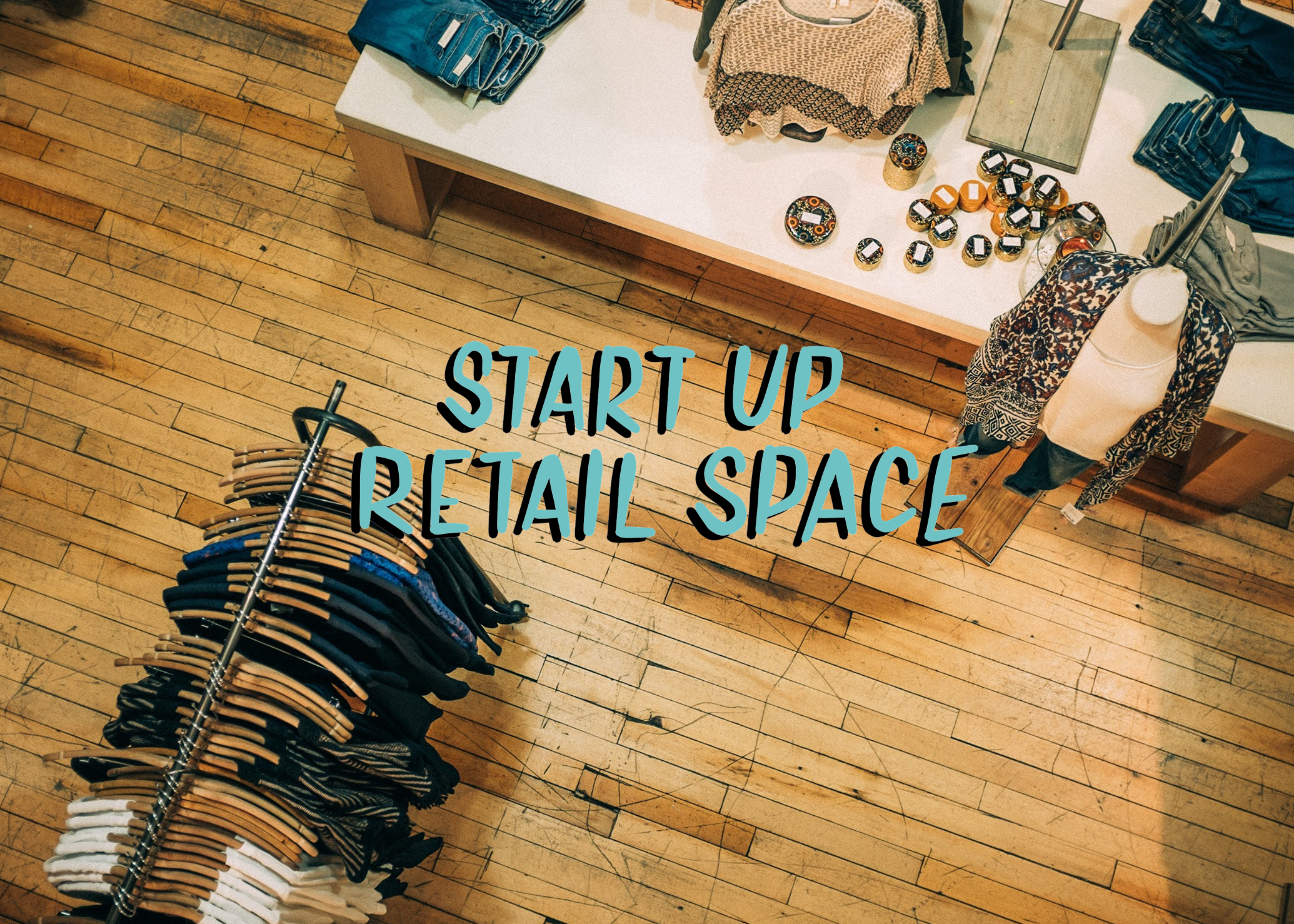 Located along the front of the historic section in the main entry ways of the building and would closely aligned with the maker and co-work space. This area would also make a great location for a bike/adventure sport retail operation. 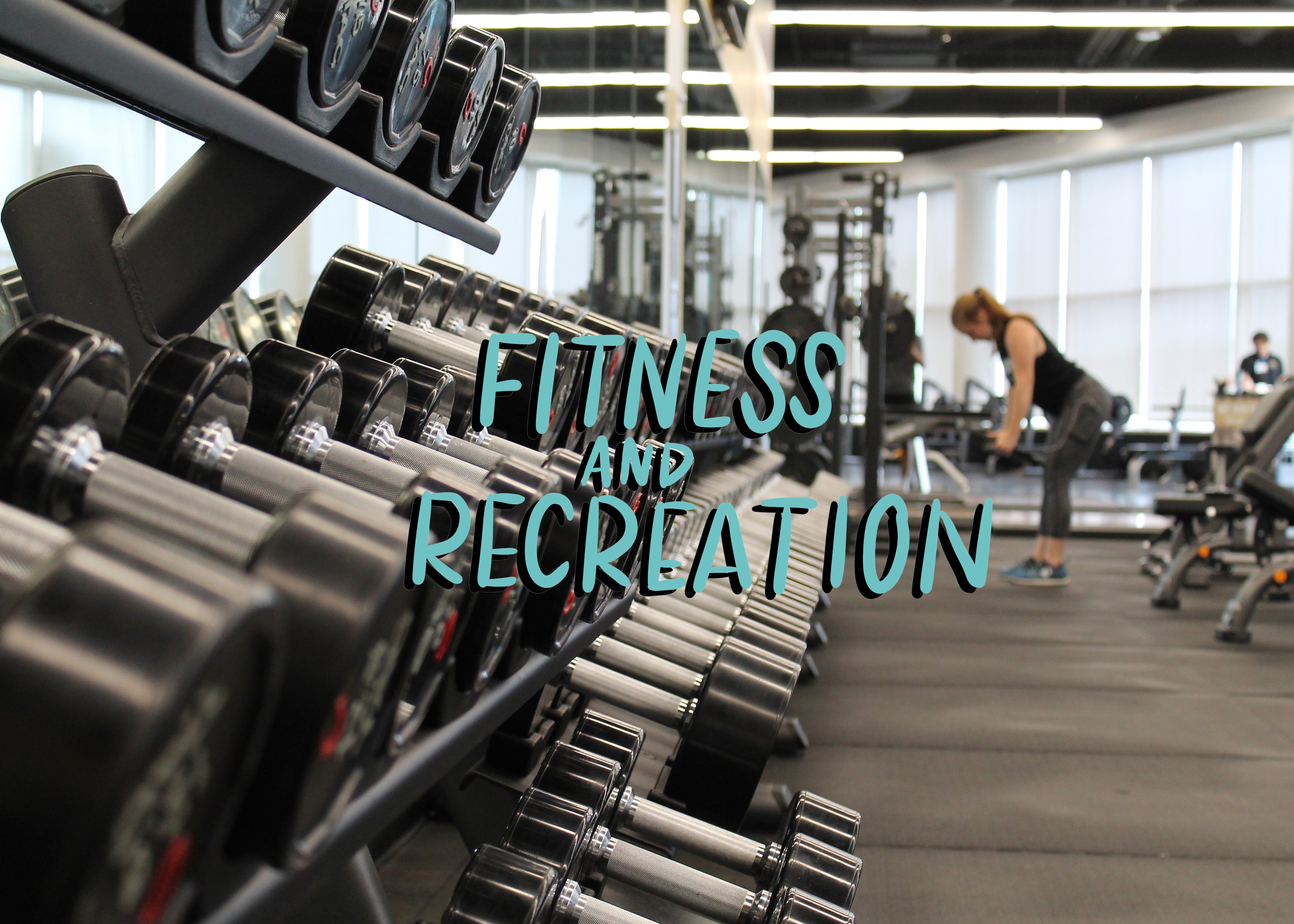 If there is further un-utilized space, a fitness center is a low cost, moderate return option that can be situated nearly anywhere. With moderate upfront costs to purchase free weights, treadmills, and stationary bikes, a monthly membership fee for interested members would likely cover the costs within the first year of operation, depending on community interest. As space allows, other recreation ideas such as bowling lanes, a billiard room, or rock climbing gym, could be incorporated. Consider pairing the fitness center with outdoor recreational attractions, such as a walking trail, water feature, playground, and tennis or volleyball courts. 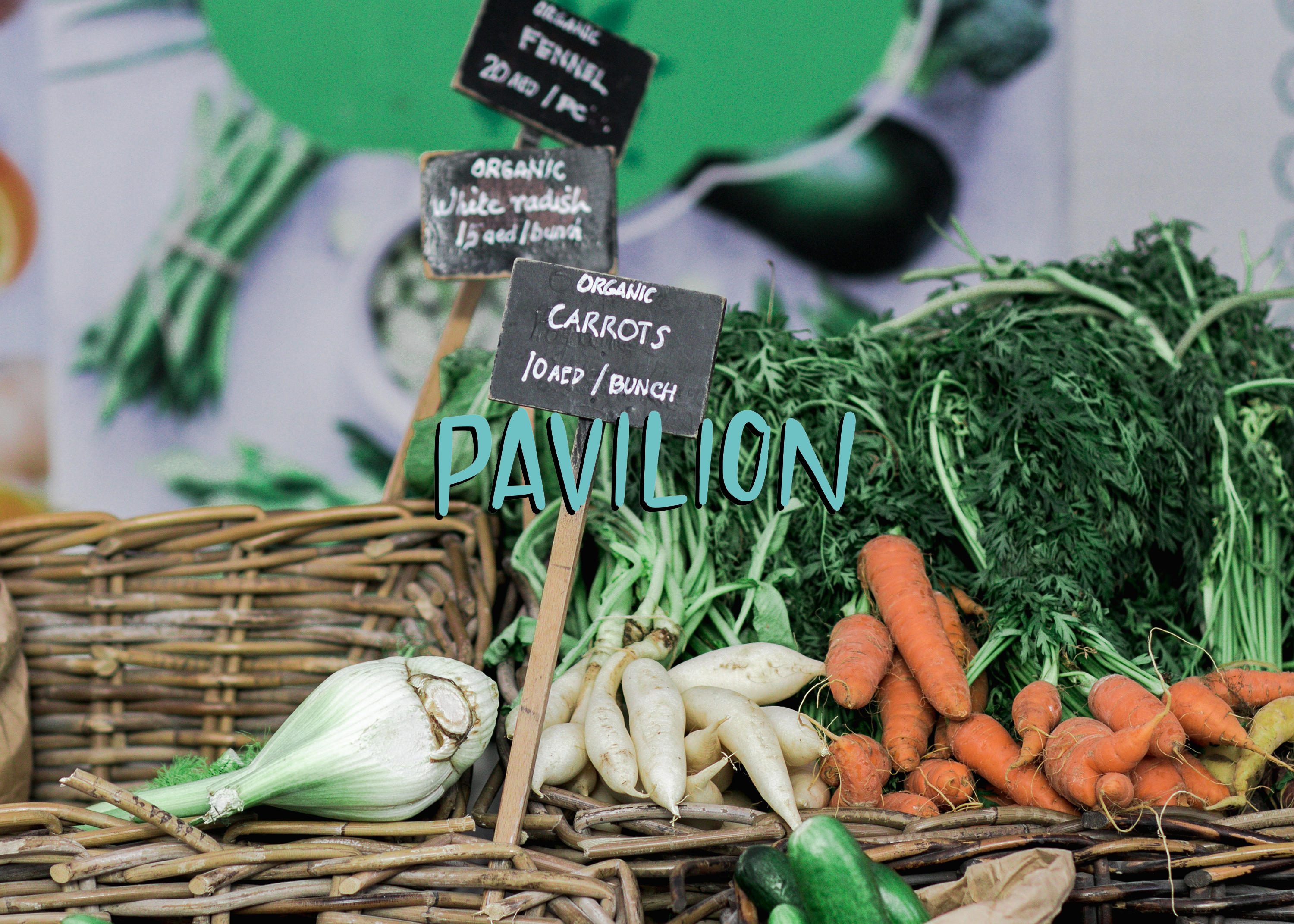 To be located to the north of Culinary School and Event Center. The Pavilion will be designed to accommodate the Farmer’s Market which also has a tie in with the Food Innovation Center, but will be another component of the event facility.

Organize Umbrella Entity that will create the “Mena Innovation Hub.” The Innovation Hub is the primary entity who would master lease all or a significant portion of the 1st floor providing.

The following entities are the primary local organizations identified “Partners” that will play various roles in making this development a reality.

A partnership of various these entities would be necessary to make the redevelopment of the property feasible as the primary tenant or tenants occupying the first floor will be various components of the envisioned Mena Innovation Hub. Each individual component of the Hub will have its own mix of partnerships based on the development type but there will need to be a high level of coordination for all of them and if these partnerships are structured correctly, then the maximum benefit to all the parties individually as well as Mena and Polk County will be realized.

These primary partners will also coordinate efforts of secondary local, regional, state and federal entities and their respective resources which include:

Although the specific mix of resources that will fund each component of the plan will differ, there is a wide variety of both capital financing and operational revenue sources from federal, state, and local levels that include the public, private, and non-profit sectors that can be used to make these projects a reality:

Finalize Plan for the Creation of the Mena Innovation Hub

Working with consultants, coordinating committees, and other legal and accounting sources, create the operating entity that will run the Hub, complete space programming analysis for each component, finalize estimates on capital costs for tenant improvements, furniture, fixtures, and equipment, and operational start-up costs.

Work with Consultants, and the Coordinating committee to develop an RFP/RFQ for qualified developers/investors for the purpose

Based on the conceptual cost estimates and the options for a variety of uses of this building, this project from an investor/developer standpoint is feasible, however, the financial model does rely heavily on the market demand for the 17 apartments and the successful implementation of a sizeable portion of the Innovation Hub which would lease a significant part of the 1st floor.  Because of the unique nature and large size of this development, the following are key considerations that will require the private, non-profit, and public sector coming together help mitigate the risk thereby increasing the chance of the project’s success:

If embraced by all parties and implemented properly, this project not only will be a successful real estate development for the investors but more importantly a major catalytic economic development for the City of Mena and Polk County that creates, retains, and attract talent and will the cornerstone for insuring future growth and prosperity to the region.

We're not around right now. But you can send us an email and we'll get back to you, asap.